Aside from the obvious mood difficulties that are inherent to individuals suffering from Bipolar Disorder (see Understanding Bipolar Disorder), memory, attention, and executive functioning can also be compromised. Attention is “the ability to selectively and flexibly process some information in the environment at the expense of other information.” Executive Functioning is a “broad term that refers to a collection of higher-level cognitive processes, including planning, working memory, strategy development, inhibitory control and cognitive flexibility” (Goldberg et al. 2008). In regards to memory, studies have demonstrated that working memory is most affected in those struggling with Bipolar Disorder (Douglas et al. 2015).

The above-mentioned cognitive impairments are more pronounced when an individual is in a manic or depressed state but can remain present when the individual is in a euthymic state (stable mood state). There is a positive correlation between the number/severity of episodes and increased cognitive deficits. In other words, the more severe and chronic the symptoms, the more likely an individual will struggle with attention, memory, and executive functioning difficulties. In addition, 50% of clients with bipolar disorder also have an underlying anxiety disorder that can negatively affect cognitive functioning. Medications used to treat anxiety and stabilize mood can also affect cognition.

Impaired memory, attention, and executive functioning can range from being mildly frustrating to being significant enough to impact mood, relationships, and career or functioning at school. When learning to manage Bipolar Disorder, emphasis is usually placed on developing coping skills and finding the right combination of medications to stabilize mood. Once the mood is stable, however, changes in cognitive abilities are seldom addressed, which can put an individual at higher risk for relapse if cognitive difficulties are a trigger. Therefore, it is important to offer techniques and coping skills to individuals who continue to demonstrate or verbalize cognitive frustrations.

Douglas R et al. Cognitive Impairment in First Episode Mania: A Systematic Review of the Evidence in the Acute and Remission Phases of the Illness. International Journal of Bipolar Disorder. 2015 3:9 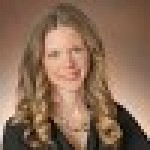 I’ve Been Diagnosed with Bipolar Disorder-Where Do I Go Next?

Supporting a Loved One Struggling with Bipolar Disorder